Blackberries Out Of Season. 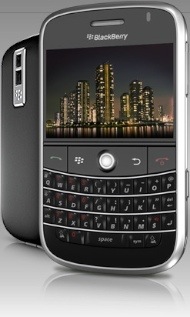 It's been the orthodox view of the world for some time now that the Blackberry smartphone is king of mobile email. We've slavishly towed the same line here at The MacDoctor when asked if the iPhone can hold a light to the Blackberry for hardcore mobile email users. But after recent experiences with a number of clients and our own prolonged use of iPhone3/3G/4 we're no longer prepared to give RIM and Blackberry the benefit of the doubt. Gloves off!

The first point is the rather ridiculous and antiquated process one must go through to setup an email account on a new Blackberry handset. Once your account provider and credentials have been provided to the handset and RIM, you must wait anything from a few minutes to a couple of hours for your email account to be accessible on your new handset. Compare this to the instant gratification of setting up an email account on an iPhone. No competition.

The second point is the notion that the iPhone keyboard is small and fiddly compared to the Blackberry. Not true. In terms of size the iPhone is similar if not larger than most Blackberry devices, especially if you prefer horizontal to vertical orientation. The argument really comes down to physical buttons versus a touch screen. And if you've been used to physical buttons, it does take a little while to get use to the touch screen. But in almost all cases where a client has used an iPhone for more than a day, that hurdle is quickly crossed and slowly but surely their email productivity and typing ability surpasses that of their previous Blackberry experience.

And the third point is very similar to the old PC vs Mac argument. Most people use a PC because their work provides them with one in either desktop or laptop form. But when it comes to spending their own money many opt to buy Apple. And this seems mirrored in the smartphone world. We've yet to find more than a handful of clients who've spent their own money on a Blackberry device, compared to the vast majority who've willingly handed over their own credit card for an iPhone.

There is one feature of many Blackberry handsets that is currently missing from iOS. And that's Autocomplete. Several Blackberry users raise this issue with is and we agree with them. Otherwise it's iPhone all the way baby!