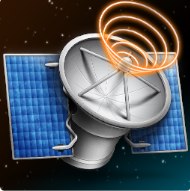 With all the talk of twitter, the realtime web and live search, you'd be forgiven for thinking that RSS was yesterdays technology. But here at The MacDoctor we thought it was about time we announce our love both professionally and personally for all things RSS. And our excuse comes in the form of NetNewsWire 3.2 for the desktop & NetNewsWire 2.0 for iPhone.

For the longest time, both Applications we're the go to News & RSS readers. But a switch away from NewsGator's own subscription engine in favour of a Google Reader account has seen a slight hiatus while Brent Simmons did sterling work integrating both Apps with Google Reader. And with beta's to one side both Apps are now back and working great with the Google engine. It's amazing how much we missed the desktop app especially, with no real serious Google Reader compatible competitor on the market. Gruml is getting there, but still has some way to go. And in iPhone land, it will be interesting to see if we switch back to NetNewsWire from RSS Flash G, which we must admit, has done a great job in the interim.

But from all at The MacDoctor in old London town, here's to Brent and NetNewsWire, both desktop & iPhone. The king is dead, long live the king!