The MacDoctor is playing with Bit Torrent Sync. It's very early days and the development is till in an alpha phase but already it has a stable and speedy feel.

In essence it's a cross platform method of syncing files and folders between machines with no middle man service like Dropbox, Google Drive or Microsoft Sky Drive. It's free, there's no size limit and the security would appear to be top notch. So how does it work?

We'll save you the techy stuff and keep it brief. Once you've downloaded the software for your machine, you specify a folder or folders you wish to sync. A 'Secret' is then generated. This is the key to accessing and syncing that same folder on another device. On that other device you install the software but instead of setting up a folder to sync you'd select you had a secret to enter. Dong so would connect the two devices with the shared folder.

This can be done for multiple files and folders. You can set folders up to allow read and write from both locations or dimly read from a second location. You can even grant a folder to sync for a 24 hour period after which the secret and folder will disappear at the shared location.

It's a fascinating development in the cloud and sync area and has so many possible and potential uses. Don't delete your dropbox account just yet but this could be a welcome addition or even the future. Let us know what you think. 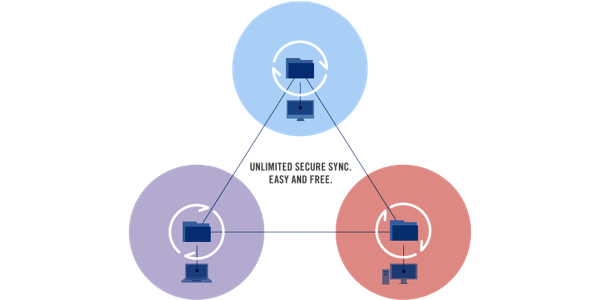